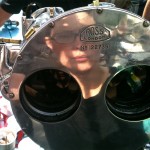 Adriana Grant’s poetry has appeared in Caketrain Journal, Diagram, LIT, Peaches & Bats, Series, and Shampoo, and is forthcoming in The Hat. Her work is featured in two books, Wanting Is Easier Than Having by Debra Baxter (Publication Studio) and Poetry on Wheels: An Anthology of King County’s Poetry on Buses Program 1997-2005 (Floating Bridge Press).

Adriana Grant grew up in small-town New Hampshire, lived in Seattle from 1995 to 2012, and, in early 2012, moved to Somerville, Massachusetts with her sailing-obsessed husband, Peter Mumford.